I've left a lot of walks un-noted and photos unpublished. Trying to catch up now. This was a nice walk up the Zig-Zag track, with some botanical photography thrown in. 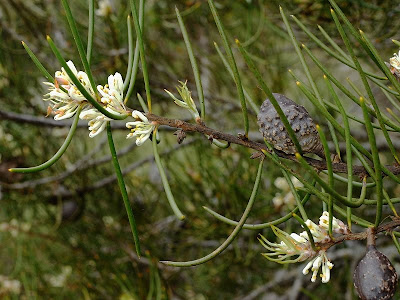 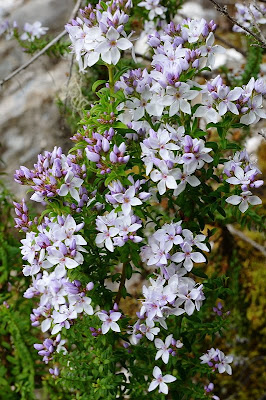 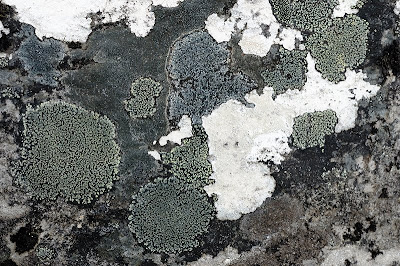 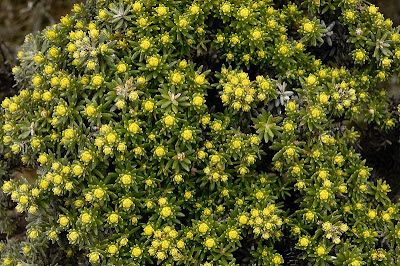 Very nice day for a quick climb up Hartz Peak, with a cool breeze and continual sun. 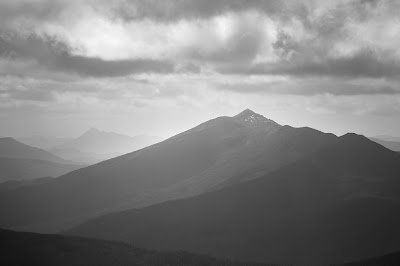 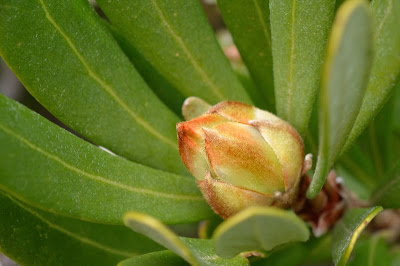 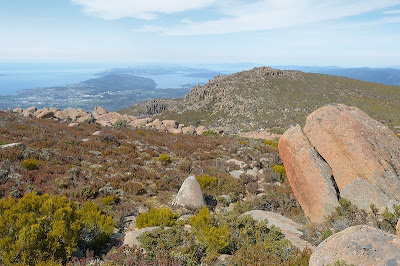 Show-Day weather was superb today, so to Mount Wellington. Had a nice walk up the Icehouse Track and across the plateau to the summit. Lots of people at the summit trying to find snow to throw at each other. They seemed like they'd probably prefer to be at the show, and I wondered why they weren't. Anyway, not a peaceful time at the top, but nice to sit on the stone benches halfway down the Zigzag Track.
Posted by Mark at 21.10.10 No comments:

I've been impressed with Dauntless Point, as seen from the southwestern cliff on Mount Brown. The point sits to the west of Mount Brown, south of Port Arthur. This walk starts at Remarkable Cave, and follows the same track as the Mount Brown and Crescent Bay walk(s). Description of that walk here. Walking to Dauntless Point didn't look too hard, so this was the aim. The point itself has a pretty impressive cliff, maybe 100m high, and sits below the cliff of Mount Brown, which is about 170m. You can sit right on the highest point of the Mount Brown cliff and look down to the sea - it seems close to vertical from the top, but it's always hard to tell whether a cliff really is vertical from above - for me anyway. 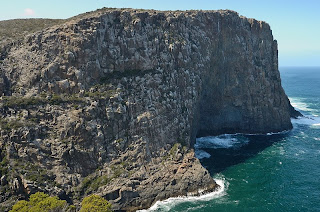 Walking to Dauntless Point involves climbing to about the 100m level up the normal Mount Brown track (I went a bit higher actually) and then sidling back on steep sloping rock, boulders and scrub to the northwest and then west. There's a sort of saddle between Mount Brown and Dauntless Point, which drops very steeply (and dangerously, with loose pebbles and gravel) into a gulch to the south. I think Dauntless Point could be approached from the north directly, but there's a fair bit of woody scrub, and there may or may not be a clear path. Sidling round Mount Brown wasn't too hard. From the saddle, you climb easily onto the highest point and then beyond, with occasional pushes through bits of scrub, and a couple of points where the track is very close to the impressive cliff. With the wind blowing it was interesting, but not too problematic. I think those who don't like heights would have problems, as the cliff falls away in a clearly visible slope from several spots. The views of the cliff on Mount Brown are superb. There comes a point where the scrub thickens and the slope steepens significantly, and I didn't go all the way out to the end of the point. Maybe next time. 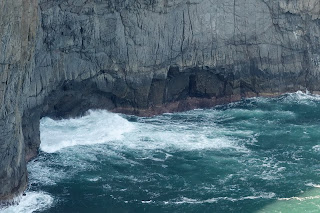 This cliff on Mount Brown's southwestern side is about 170m tall. The picture above doesn't really do it justice, but a tall person would be 1/85th of the height of the cliff. You can stand on the highest point visible in this picture, and would be visible in a picture like this,but very tiny. The cliff appears to slope outwards from that highest point, but is then basically massively undercut. There is a big sea cave at the base of the cliff, and the whole cliff sweeps inwards to it. The (guessed) 4m swells were making a good show as they rushed inwards. The dynamics of the water rebounding from the cave suggested that it is reasonably deep. Mount Brown must one day collapse at this point - and indeed to cut the cliff as it is already there must have been significant collapses in the past. Anyway, the view is pretty impressive.

Note: there is no marked track to Dauntless Point, there are no safety features or warning signs, and the whole area has numerous huge cliffs which would be fatal if toppled off. Use this area at your own risk. Keep children close.

I went back to Cape Hauy in better weather, and among other things clambered down at the end of the cape a fair way. This provides a good view of the Candlestick, showing the size of it very clearly.

The forest was full of flowers, very pretty. 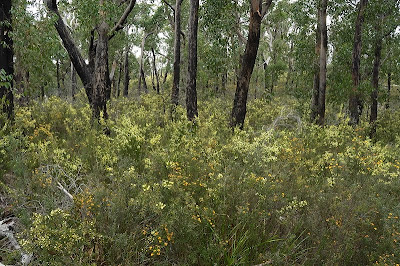 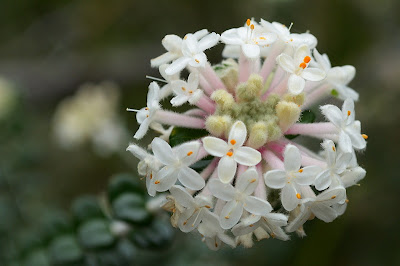 With the need to unexpectedly spend a second Saturday afternoon watching football, I was keen to take some exercise in the fresh air on Saturday morning. The day looked clear and sunny, so I headed up to Hartz with the hope that the snow would be light enough that I could get to the top and back and then get home in time to see the Mighty Pies thrash St Kilda. The snow was a little deeper than I'd hoped in many places and required care, but it wasn't too bad - occasionally knee-deep, usually ankle- to shin-deep. If I'd got there an hour earlier, I'd have confidently set off for the top. I stopped at Ladies Tarn, from where the deep snow on the slopes above was clearly visible. I'm not very good at low-friction activities, so I'm slower than some in the snow. Also decided my gaiters absolutely need throwing out and replacing. However, with the sun out and only light breezes it was very nice. Two groups arrived as I was heading off, and I reckon they probably went to the top. 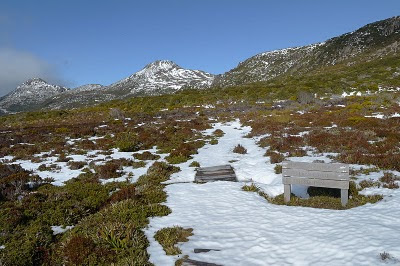 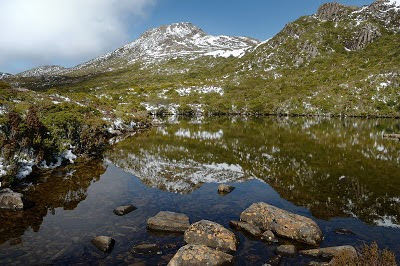